More than 20 high school teachers from all parts of Croatia participated in a three-day education course (29.-31.8.2018., Zagreb, Croatia) on the EU topics.

By gaining membership in the European Union, every Croatian citizen became a citizen of the Union. Understanding the institutions and mechanisms, as well as the rights and obligations that are enabled by membership in the Union, become an important part of civic literacy. The basic objective of the EU Literacy module is to acquaint participants with the organization and function of today's European Union and the opportunities it provides for its citizens.

EU literacy is one of GONG's modules of the Education for Civil Literacy, which continuously evolves since 2012. The professional training for teachers brings together experts from the Faculty of Political Science and the Faculty of Law in Zagreb as well as GONG who are experts in functions of the EU institutions, European public policies, citizen influence on EU policies, populism, European funds, European citizenship, freedom of movement for workers in the European Union, European migration and asylum rights, etc.

Workshops are conducted interactively, through lectures, group or pair work, as well as occasional individual work. It is important to recognize the benefit of factual knowledge about the EU, but also be aware that it's only the first step in understanding the functioning of the European institutions, processes and impacts of the Union on the lives of its citizens.

In addition to developing teacher education competencies in the topic of the European Union, significant amount of attention is devoted to the methodological and didactic approach. The program contributes to the development of the civic, social and political competences of the teachers themselves and enables them to better teach civic education lessons. 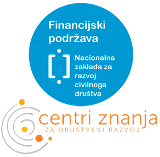 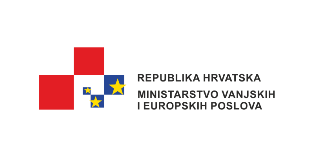 RECOMMEND THIS ARTICLE
TOPIC NONE
PHASE EDUCATION
Take control over your information flow! We recommend that you use GONG RSS feed.
ABOUT GONG
ELECTORAL SYSTEM
GOOD GOVERNANCE
ACTIVE CITIZENS

Gong uses cookies to provide a better user experience and functionality. Cookie settings can be controlled and configured in your web browser. By continuing to browse the gong.hr website, you agree to the use of cookies. Learn more here.